“The report suggests that there is evidence that no capacity exists to respond to a significant oil spill in teh Gulf Of St. Lawrence when, and not “if” one occurs.”

Just Say No to Oil/Gas in the Gulf of St. Lawrence

Oil and gas exploration is well underway in the Gulf of St. Lawrence, a marine resource that abuts PEI and underpins our livelihoods and environment. Our province is dependant on marine resources that will be – perhaps irreversibly – compromised by the demonstrated, accidental outcomes of intrinsically dangerous, offshore petroleum development. Given our world’s increasing appetite for fossil fuels, there will be more pressure to exploit petroleum resources the Gulf. Do we want to sacrifice our Island way of life and the quality of our environment to feed the global petroleum habit?

A recent report by the Commissioner of the Environment and Sustainable Development through the office of the Auditor General of Canada outlines some very alarming findings regarding Atlantic offshore oil and gas activities. “While the Canada-Nova Scotia and the Canada-Newfoundland and Labrador boards have adequately managed the day-to-day environmental impacts of offshore oil and gas activities, they and their federal partners need to do more to prepare for a major oil spill.” The report suggests that there is evidence that no capacity exists to respond to a significant oil spill in the Gulf of St. Lawrence when  – and not if  – it occurs. Since 1997 three oil rigs operating in Newfoundland waters have created 337 spills, dumping an estimated 430,000 litres of toxic material into the Atlantic Ocean. If the industry considers this result an acceptable risk, what will we do when there is a big spill? To make matters worse, the maximum corporate liability for an oil spill is 30 million. The BP Deepwater Horizon spill in the Gulf of Mexico cost 37 billion to date.

The report also states “The boards’ responsibilities have been significantly affected by recent changes to the federal environmental assessment process. The government of Canada has relaxed and/or eliminated environmental regulations and protection measures to allow for unhindered resource development. The Gulf of St. Lawrence borders five provinces that will suffer when a oil spill occurs… and oil spills in the waters of neighboring provinces do not recognize political boundaries.

Our marine conditions in the Gulf, including sea ice, present a much greater environmental risk than land based activities. The Gulf has been compared to a small inland sea with very low flushing rates and recovery potential. We would have to live with the oil spill and its consequences indefinitely if not permanently. Are we really ready to accept offshore drilling in the Gulf and deal with the environmental consequences and devastation to our island economy and way of life? No, place a moratorium on oil and gas development activities in the Gulf now before it is too late. 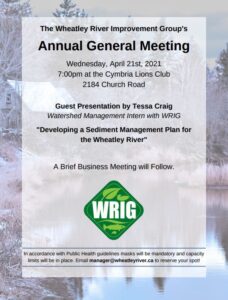